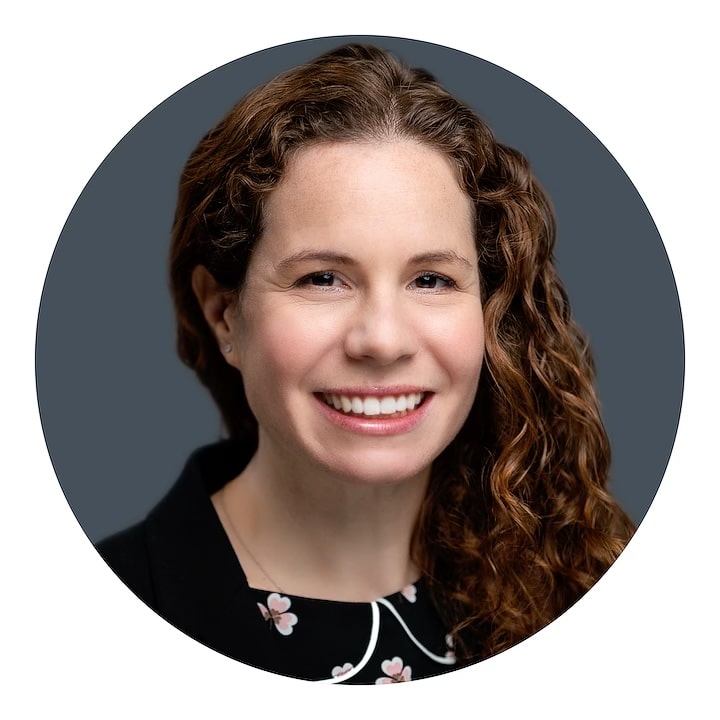 Ascertus launched their business in June 2000 with only two employees in a small office in Dock Street, London, E1. a long way both technologically and personally from where they are now. This was a time when there were no smartphones, no Alexa, no Gmail, no Netflix and no free shipping on anything. (Amazon didn’t introduce free shipping on orders until 2002 and only on orders over $99!).

However, the world was quickly becoming more tech-savvy. Three new (and at the time very cool) things launched in 2000. The first camera phone, the USB flash drive and Bluetooth all saw the day of light in the year 2000, setting huge precedence for where we all are today.

However, the world moves on quickly and we are now at a technological forefront with more technological advancements than ever before.

People have access to more information than they could ever possibly take in from more sites than we can count and there are more product offerings and choices than we know what to do with.

So, in an ever-changing technological world where every company is working their hardest to have the best product on the market and the most supportive customer service, just how exactly has Ascertus managed to stay current and continue to keep their clients happy, as leaders in the DMS software industry?

To find out we decided to speak to Roy Russell, CEO and Founder of Ascertus. 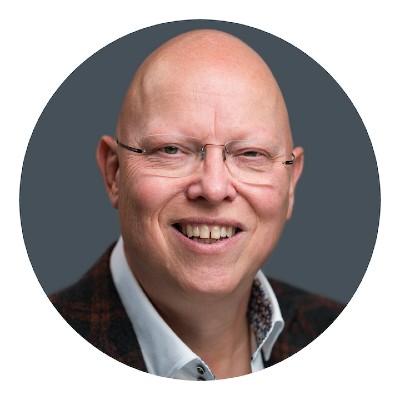 Ascertus is one of the earliest DMS implementers/resellers on the market- tell us how it all started?

In 1986, I started working at Wang (UK) Limited as a Software Engineer. Wang was a pioneer in bringing word processing and data processing together on a single system – firms could now have a computer room half the size and benefit from huge cost savings.

In the early 1990s, as PCs and PC networks were becoming widely used, I was founder and Technical Director of Quintec International Limited, a specialist in migrating users off Wang Systems and onto PC networks.  I also qualified (as one of the first) Certified Novell NetWare Engineers (CNE) in the UK.

PC networks put the processing power on the desktop which was great, however, for teams of users, especially high document producing users, such as lawyers, there was very little control or management over where to save, what to call documents, and very frustratingly how to find documents. We had gone from centralised controlled systems to ones where users were doing whatever they wanted. I called this period ‘LANarchy’!

In 1992 my colleagues and I decided that we really needed to find a system that provided ‘document management’ on a PC network. We went to the US and found Soft Solutions, one of the first Document Management Systems (DMS) on the market.  We became their UK distributor and had immediate success with clients migrating to PC networks – this was supporting Word Perfect 5.1 for DOS as the word processor, pre-Windows operating systems, mice, and SQL databases.

Soft Solutions were then acquired by Word Perfect, which in turn, was acquired by Novell. Unfortunately for them the Soft Solutions product disappeared from the market. A new player was in town, a Windows-based product utilising SQL databases, called DOCS Open developed by PC DOCS Group. We recognised that this was the future and very quickly became their UK distributor. We migrated nearly every Soft Solutions client in the UK  to DOCS Open and built a strong new market share. We were so successful that PC Docs Group acquired our company in 1996.

PC DOCS Group owned another software development company called Compinfo Inc., based in New York. They had developed a case / matter management system for corporate legal departments called LawPack which had just been purchased by the Environment and Natural Resource Division (ENRD) within the Department of Justice in Washington DC.

The CEO asked me if I would go over to Washington DC and help out Compinfo Inc for a couple of months before they could hire someone locally to manage the project. I ended up continuing to run the project for eighteen months to its successful conclusion. It was an honour and privilege that not many other British citizens can claim to have had.

I came back to the UK with a brief to introduce LawPack to the UK. However, shortly after, PC Docs Group was acquired by a company called Hummingbird (now owned by Open Text). This provided me with the opportunity to leave and set up Ascertus in June 2000. I founded it with a business partner, Steve Tomlin, who had also worked at Hummingbird. Our vision was to provide technology consultancy to corporate legal departments.  At the time there was no other company in the UK providing this service.

How did you come up with the name Ascertus?

Roy: Even as early as the year 2000, it was almost impossible to find a single English word to use to create a company .com domain name. The only way to do that was to invent a word!

I spent far too long looking through dictionaries from Greek to Roman and Esperanto… I made a shortlist – and a common word popped out across the list; ‘certa’ or ‘certus’, which means to be certain or sure. We then came up with Ascerta.  However, upon further investigation, a very ugly brown moth in Canada had been named this as part of its Latin name!  We tweaked the name to Ascertus, but used that moth as our inspiration for the original logo!

How and when did Ascertus become an iManage Partner?

Roy: We became an iManage partner in 2005.  Leading up to then I was fortunate enough to be engaged by Barclays Retail Bank’s corporate legal department, one of the largest in the UK at the time, to carry out a requirement analysis for a case matter management system. I was subsequently asked to help with a product selection. We examined various options and decided on Corporate Legal Desktop (CLD). When I thought my work was done, they asked me (and Ascertus) to stay on and help with the implementation which took a couple of years.

While I was working for the bank the legal department was struggling to make Documentum, a document management system more suited to financial deal books and drug approval processes to meet the requirements of their lawyers. After many years and a lot of money in return for a very limited success they finally got their IT department to realise that they needed a more suitable DMS.

In 2005 iManage released a version of their DMS (Worksite 8.5) which introduced the concept of a matter-centric document management. This system allowed users to file documents by saving them to a matter file and the document inherited additional information (known as metadata) from the matter file – the big benefit was that users no longer had to complete a form everytime they saved a document or email into the system. This was revolutionary back in 2005 and made iManage stand out from other DMS solutions on the market.

Barclays got the go-ahead and budget to find a replacement for Documentum and following a competitive tender, working with iManage, Ascertus were engaged to implement Worksite 8.5 across their legal department. Then in 2008, Barclays brought the Retail bank and the Investment bank closer together, and we were engaged to implement iManage globally across the Investment bank as well.

During our time at Barclays, we were growing our client base with corporates such as Nissan Europe, Associated British Foods, Euroclear Bank, and Carillion by representing Corprasoft Legal Desktop in the European market. We later sold iManage to many of these clients.

There have been quite a few changes in the last 22 years. Are you able to outline those that have had the biggest impact in the industry?

Roy: The biggest change I’ve seen is the perception of corporate legal departments.  Twenty years ago, lawyers working in-house were seen as a lower class of lawyer. Internally, lawyers working for a partnership are fee earners and provided everything they need to make them more productive, efficient and ultimately more billable, whilst those working for a corporate were considered a cost centre, a killjoy, and bottleneck for every transaction. This dynamic has changed dramatically as lawyers in corporate departments are now seen as key business people who can handle a high level of corporate risk and budget whilst managing the relationship between the business that they represent and the law firms that they are instructing.

Fifteen years ago, legal departments did not have a budget for IT and had to ‘beg’ the IT department for anything that they required.  This is because within a large corporate structure, the legal department is relatively small, and IT did not see them as needing anything different to any other department. Ascertus has been helping Corporate Legal Departments address this issue. We educate the heads of legal as to the technology available to them and help them asses what solutions would bring the quickest return on investment and improvements in productivity, efficiency and mitigation of risk. In the last few years, there has been a shift to increase the size of the legal department and bring more work in-house which has further driven the move to technology.

Knowledge of the benefits of technology

The adoption of technology has grown.  With increased review and analysis of expenditure, lawyers have been driven to technology to help drive costs down. In the past technology was seen as a cost but now with the trend to bring more of the legal work in house corporate legal departments need technology to help them reduce costs.  There is also a new generation of lawyers these days where technology is expected rather than just accepted. So, in order to hire the best people, Law Firms and Corporates need to have the best technology behind them.

Growth of technology in mid-tier firms

Mid-tier firms have started to realise that they can have the same technology as those in the magic circle.  This is especially true with the move to the iManage cloud as the cost of ownership has come down.

The cloud has represented a massive change in the way that data is stored.  Ascertus were the first to provide Azure as an alternative hosting solution for iManage users who didn’t have the capacity to store data on-premise.

The increasing popularity of iManage

iManage is the most popular DMS, in fact, it is ten times bigger than its next nearest competitor.  The reason for this is the tight integration with email.  Email is the main method for sharing documents.  Without iManage,  emails and documents had to be saved separately but with iManage, you can save the email as you receive it which adds to the user interface of the system. iManage is the only solution that I’ve seen lawyers ‘argue’ about who is going to have it installed first!

Thank you so much Roy, it’s been an absolute pleasure talking to you.

This is part 1 of 3 in our blog series with our CEO and Founder Roy Russell where he reflects on the past, present and future of Ascertus, iManage and the DMS industry.

In our next blog post, Roy will discuss how Ascertus stays current in an ever-changing technical landscape, what its new vision and mission mean for the company and their clients, and the pitfalls that can undermine success. 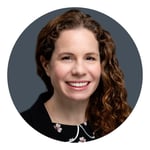 Cyber Security Help is at Hand!

We are at high risk of being immune to security breaches. With new security infringements grabbing...